Understanding the full extent of criminal activity in a community is challenging. To help policymakers get started, they need to consider data and trends across three measures, each with unique limitations:

Crime data, arrest data, and victimization surveys are all necessary to understand criminal activity in a state. 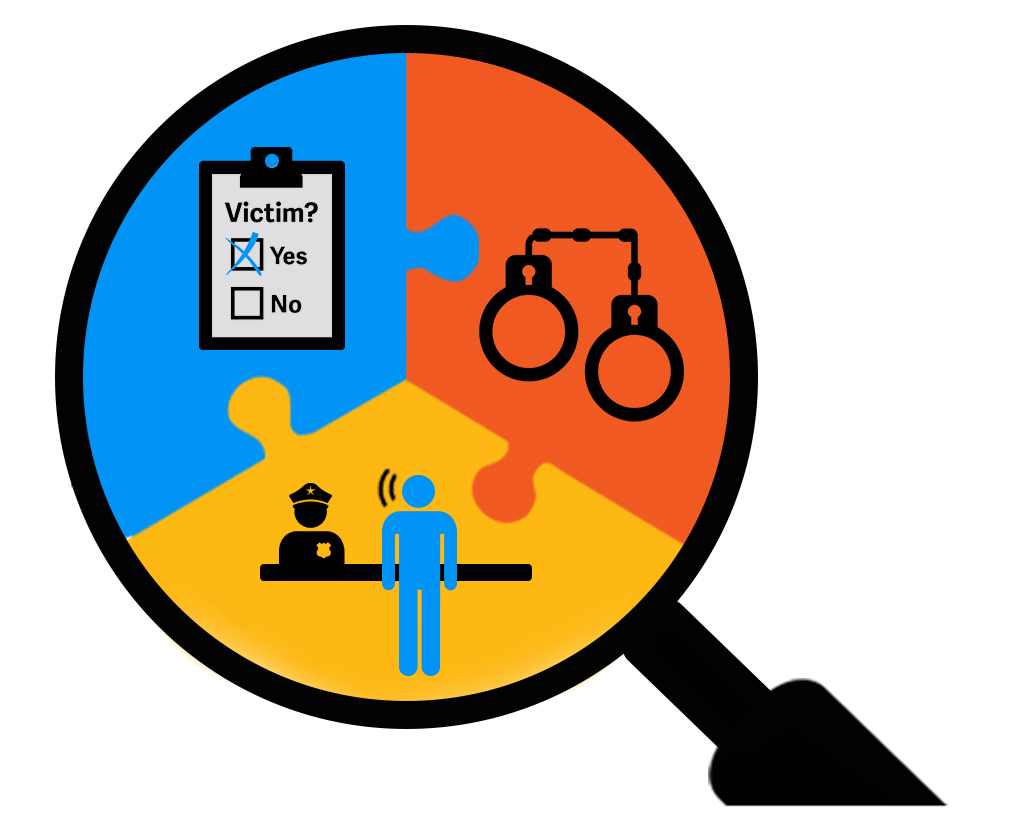 While a historical review of reported crime, arrest, and victimization trends at the national level provides a point of comparison for states, policymakers must understand how local dynamics are influencing trends in their states in order to develop effective policies that respond to these trends.

Without a clear, data-driven understanding of where crime is occurring, what types of crime are on the rise and in which jurisdictions, how the volume of arrests for those crimes has changed over time, and who is being victimized, law enforcement and other local criminal justice stakeholders cannot develop effective strategies to respond to crime in their communities. Insufficient data collection, reporting, and sharing between criminal justice agencies, along with limited analytical capacity within agencies, all hinder efforts to improve understanding of crime trends and to develop effective crime-prevention strategies.

Select a state from the drop-down menu to see how violent crime rates have changed between 2007 and 2017.3

Select a state from the drop-down menu to see how violent crime rates and arrest rates have changed between 2007 and 2017.4

2016 data is the most recent crime data available from the FBI. The FBI released preliminary 2017 figures, but they account only for the first half of 2017. The FBI will release data on crime in 2017 later in 2018.

The largest contributors to “other” arrests besides drug offenses were simple assaults and DUI.

The largest contributors to “other” arrests besides drug offenses were simple assaults and DUI.

Homicide arrest reporting was deficient in 2006, so the percent change between 2006 and 2016 is not provided.

2016 data is the most recent crime data available from the FBI. The FBI released preliminary 2017 figures, but they account only for the first half of 2017. The FBI will release data on crime in 2017 later in 2018.

Crimes are incidents reported by law enforcement to the FBI as part of the Uniform Crime Reporting (UCR) Program. Index crimes are considered representative of some of the most serious crimes, both violent and property. Violent index crimes are homicide and non-negligent manslaughter, forcible rape, robbery, and aggravated assault. Property index crimes are burglary, larceny-theft, motor vehicle theft, and arson. Index crimes do not include many common types of offenses, such as fraud, simple assault, and driving under the influence. Crime in this report refers only to reported index crime unless otherwise noted.

Law enforcement agencies voluntarily report arrest data to the Federal Bureau of Investigation (FBI) through its Uniform Crime Reporting Program (UCR), counting one arrest for each separate instance when a person is arrested, cited, or summoned for an offense. A person may be arrested multiple times in a year, so UCR arrest data does not show how many people have been arrested in a given year.

Victimization surveys can be conducted at the federal, state, or local level of government to identify how many people have been victims of crime, what types of crimes have been committed, whether the victim reported the crime to police, and the type of services the victim received, if any. The Bureau of Justice Statistics (BJS) annually conducts the National Crime Victimization Survey (NCVS) on the frequency, characteristics, and consequences of victimization of crime. The survey collects information about nonfatal violent and property offenses to produce estimates on the amount of crime.