Most states measure recidivism by tracking a cohort of people over a specified time period—typically three years. Recidivism rates are reported as the portion of people in the cohort that return to criminal activity during the tracked time period. This means the latest recidivism rates available at any point in 2018 would involve a cohort released from prison or starting supervision in 2014. This lag time hinders states’ ability to analyze the impacts of recent initiatives or changes.

More timely recidivism measures can be used to assess impacts of recidivism-reduction efforts on a monthly, quarterly, or annual basis. They can also be used to make adjustments to implementation of policies and practices accordingly. For example, if recidivism rates remain high or are increasing in certain regions or for certain criminogenic risk levels, supervision agencies can use that information to assess whether staff need further training on criminogenic risk and needs assessments and effective supervision practices, or determine whether additional supports, such as behavioral health treatment resources, are needed in those communities. If recidivism rates decline after supervision agencies apply policy changes and practices designed to reduce recidivism, these agencies can use the data to build on their successes and make refinements as needed. Having this information in as close to “real time” as possible helps supervision agency leaders assess trends as they occur instead of solely relying on measures with long lag times.

Publishing data on all four measures of recidivism is necessary for state leaders to hold supervision agencies accountable for protecting public safety. Further, supervision agencies can use the published data to work with courts and parole boards on improving responses to violations of supervision conditions and for requesting funds from the legislature to support recidivism-reduction efforts. The most common recidivism measure states publish about people on probation or parole is revocations to prison, yet only half of states publish this number for both populations. 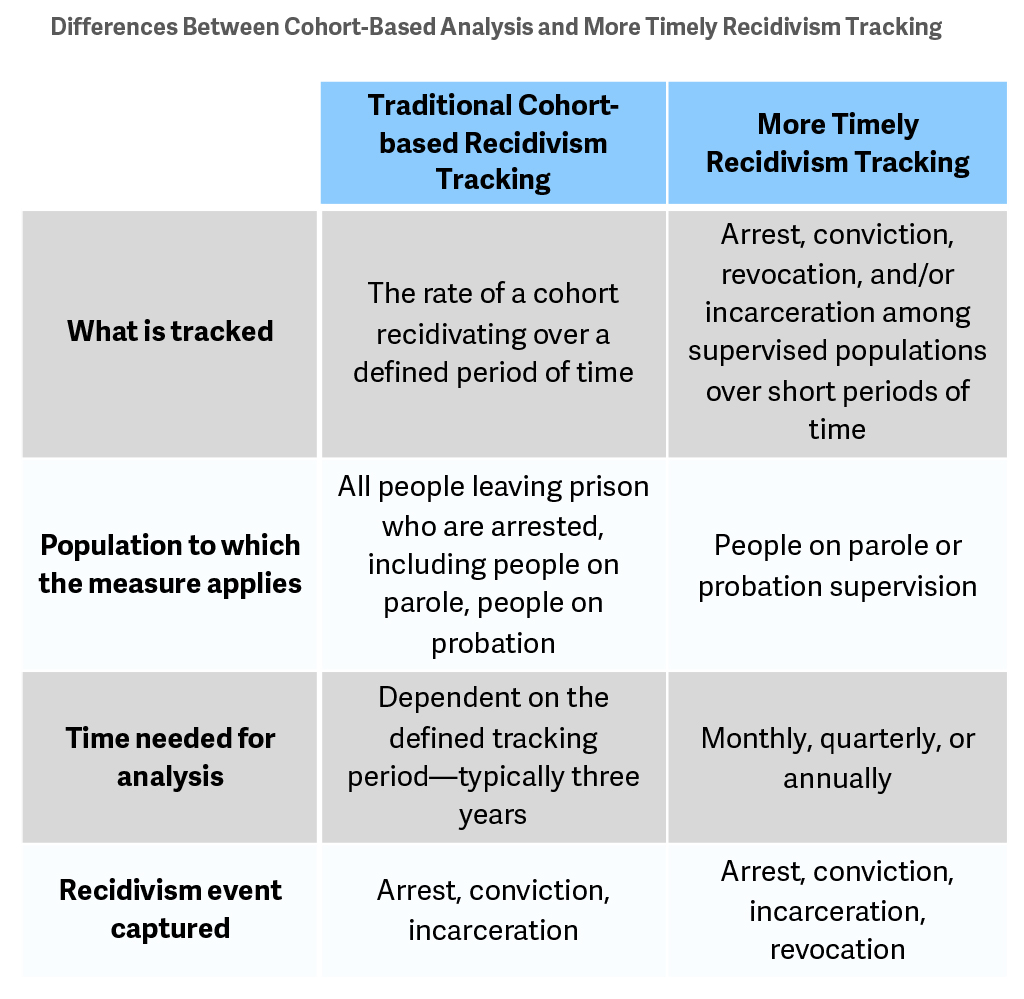 Half of states track and publish probation and parole revocations to prison, which are a more timely measure than cohort-based recidivism metrics. 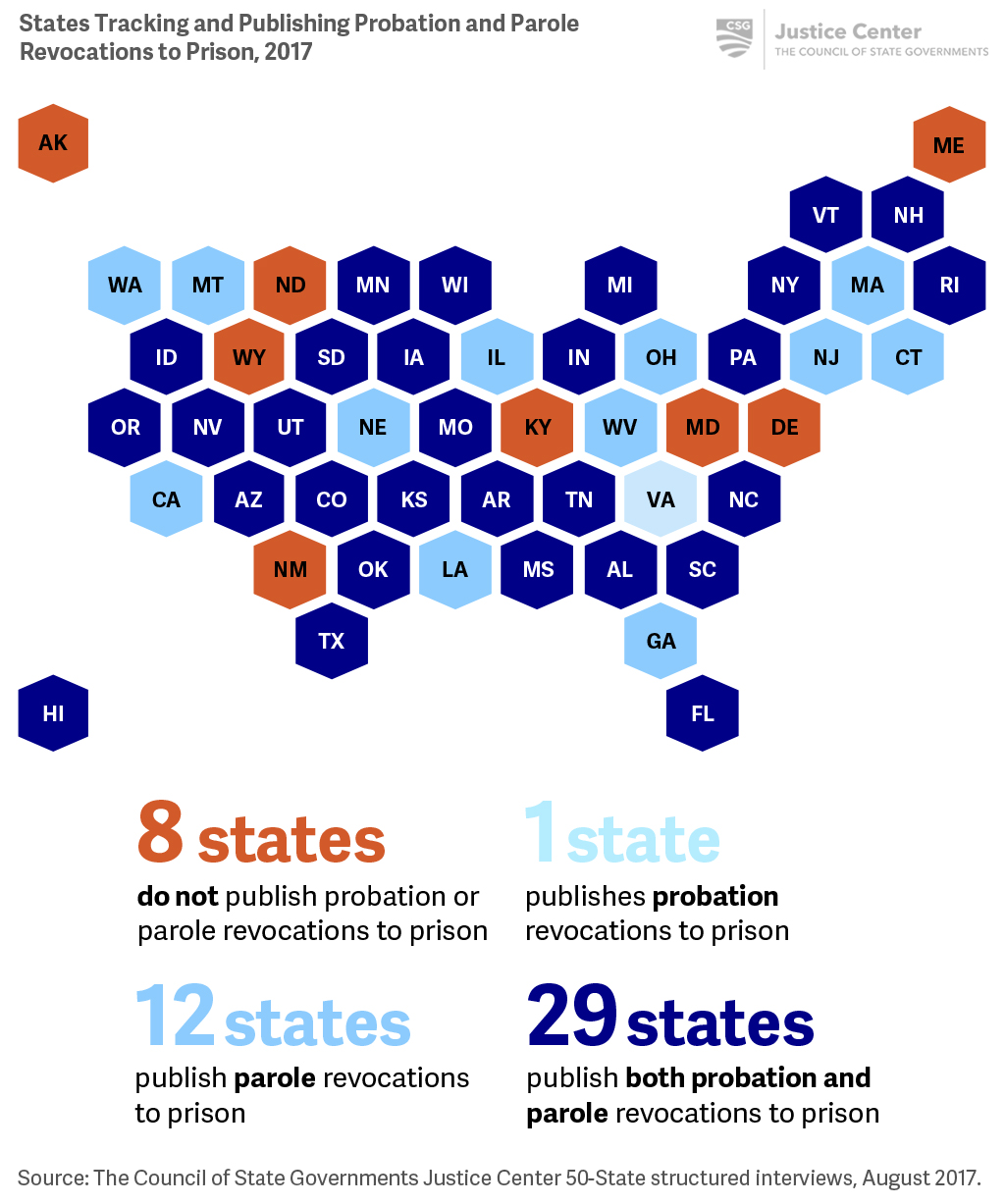 Most states report not using a common ID number across criminal justice data systems, which limits their ability to conduct timely measures of recidivism. 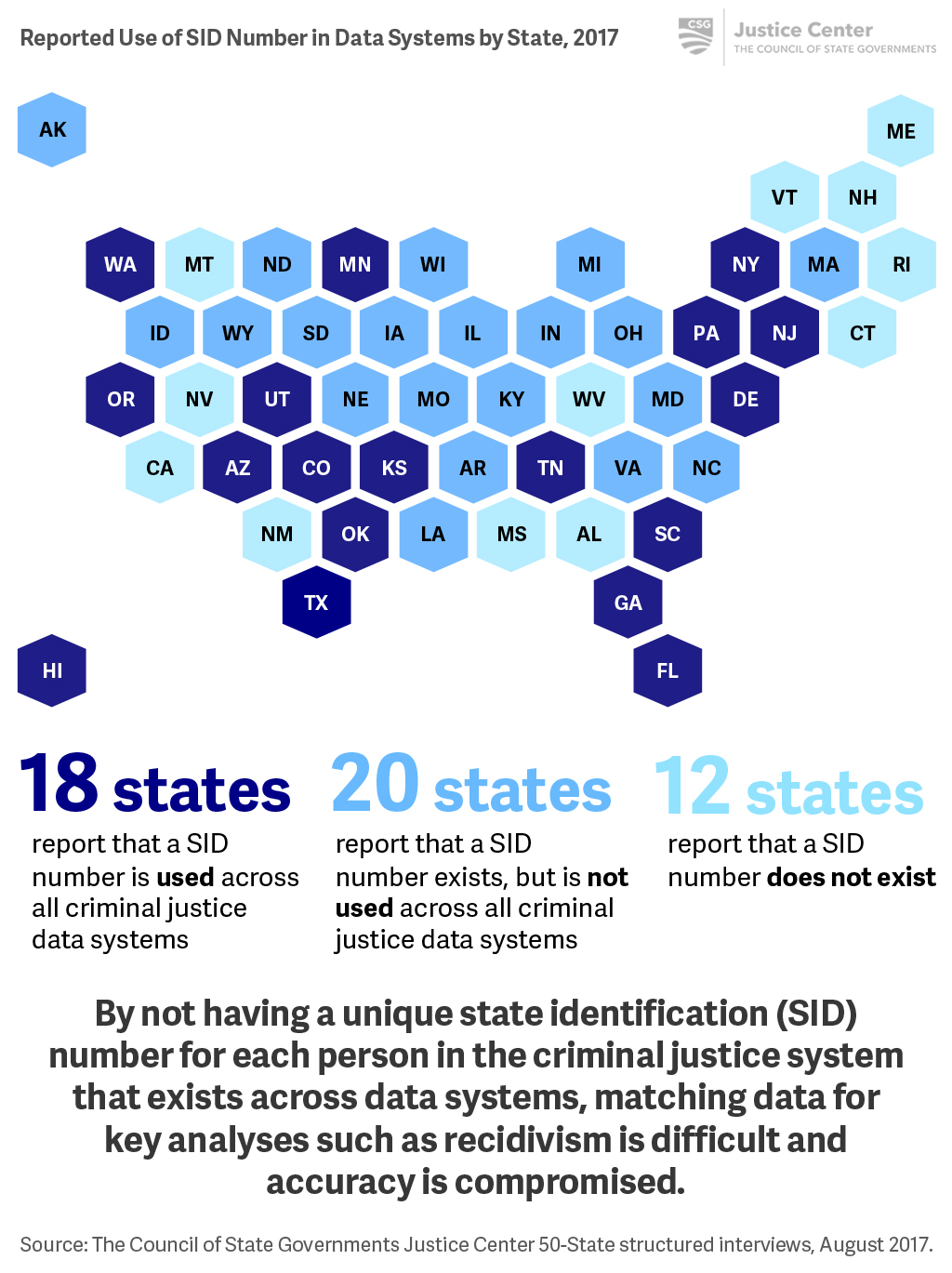 Using recidivism as a performance measure

Detailed and accurate recidivism data is needed to measure recidivism-reduction efforts. To help jurisdictions identify the appropriate measures to use, the Urban Institute released a brief explaining what jurisdictions should consider when defining, identifying, analyzing, and disseminating recidivism data. The report recommends measuring how many people released from prison never return to prison, measuring how long people remain crime free, assessing whether the crimes of those who reoffend are more or less serious than their previous offense, and identifying interventions that are most effective at reducing recidivism and for whom. For additional information, see Improving Recidivism as a Performance Measure.

Some states have taken steps to look beyond traditional recidivism measures, such as cohort-based analyses, to use more timely measures to understand whether people on supervision are remaining compliant.

Expand recidivism tracking to include the probation population.