There are three times as many people starting probation as there are people leaving prison. Yet only 11 states track and publish at least one of the three recidivism measures for people starting probation, and only three states—North Carolina, Oregon, and Texas—publish all three measures for this population.[8] Despite having half the incarceration rates as people leaving prison, people on probation make up a much larger population and therefore can have a larger impact on crime, arrests, and prison admissions.[9]

Further, supervision agencies need to conduct the same types of analyses on recidivism for people starting probation, as those leaving prison. Supervision agencies need to analyze rearrest, reincarceration, and reconviction in multiple ways to understand what factors are driving trends so they can develop policies and practices to reduce recidivism among people on probation. 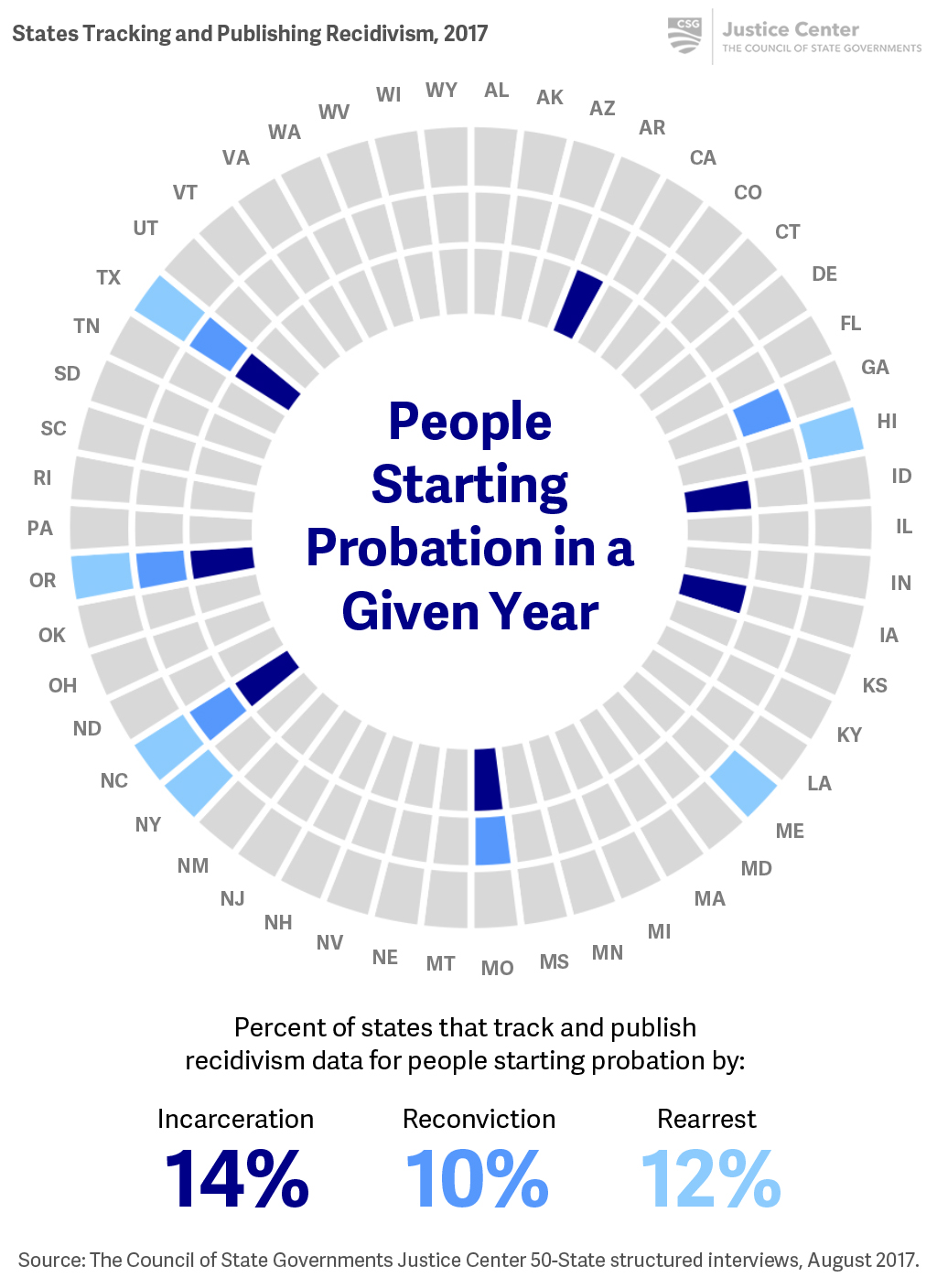 Efforts to reduce recidivism for the probation population can have a greater impact than focusing only on people released from prison. 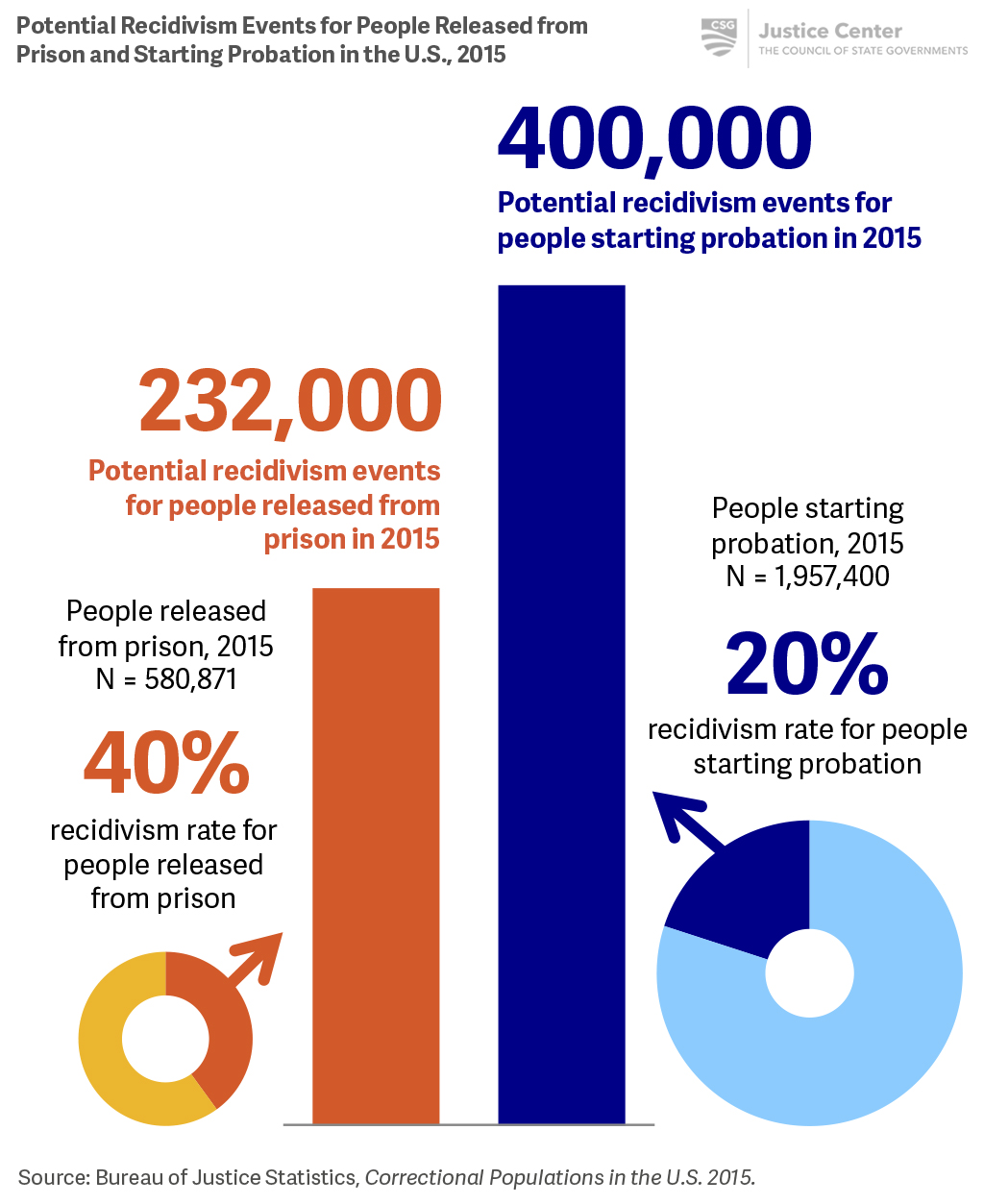 E. Ann Carson and Elizabeth Anderson, Prisoners in 2015; Danielle Kaeble and Thomas P. Bonczar, Probation and Parole in the United States, 2015. In 2015, 580,871 people left state prisons and 1,957,400 people began probation sentences. People can be sentenced to probation as an alternative to prison or as a mandatory period of supervision following incarceration. Probation agencies can operate at the state and local level.

In 2008, people who violated the conditions of their probation accounted for one-third of all prison admissions in Arizona. As a result, the state spent an estimated $100 million to send more than 4,000 people to prison annually for failing on probation.

To improve public safety and save taxpayer dollars, Arizona sought to reduce the number of people revoked to prison for violating probation conditions and committing new crimes. In 2008, Arizona began an ongoing process to implement a series of changes to strengthen probation supervision. New laws also required the Supreme Court’s Administrative Office of the Courts to annually report to the legislature each probation agency’s progress toward meeting those goals.

These changes have collectively resulted in increased public safety and taxpayer savings. In FY2017, 31 percent fewer people entered prison in Arizona due to probation revocations than in FY2008.[10] Over the same period, the number of new felony convictions fell 17 percent.[11] These reductions saved Arizona taxpayers more than $461 million between FY2009 and FY2017.[12] For additional information, see Probation Performance: How Arizona’s County Probation Departments Increased Public Safety While Saving Taxpayers Millions.

Use measures that permit more timely analysis in addition to cohort-based measures.